He was injured inadvertently after playing for only 3 minutes. After the match, the Jiangsu Men’s Basketball official Weibo stated: “After Wu Guanxi was injured, he still felt ankle discomfort after emergency treatment. The club immediately sent him to the hospital for examination. The initial diagnosis of the ankle joint by CT examination She was sprained and did not hurt her bones. At present, Guanxi has returned to the hotel to rest." 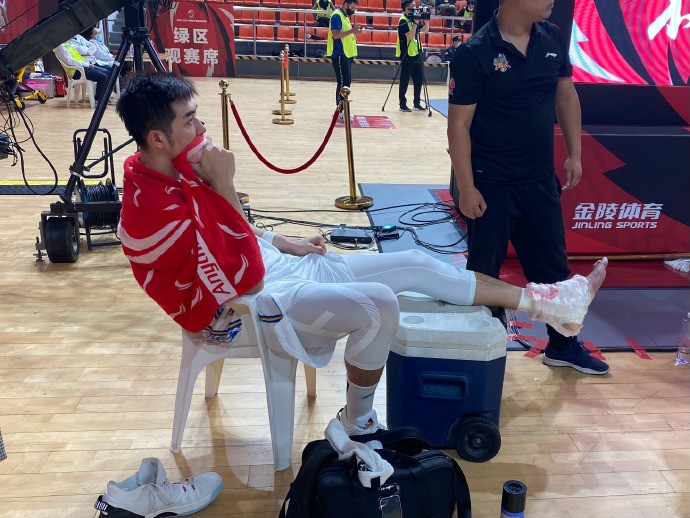